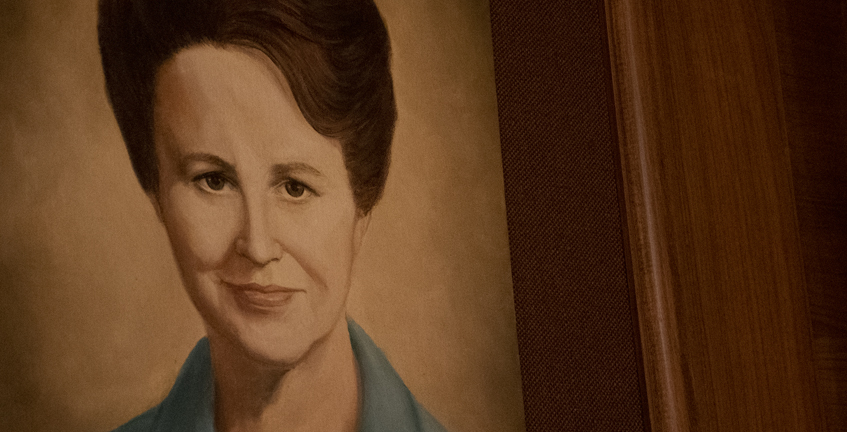 As we celebrate Women’s History Month, I’d like to remember one of the women who shattered the glass ceiling in Pennsylvania politics.


Grace McCalmont Sloan decided to run for state treasurer in 1960. She faced an uphill battle, to put it mildly: More than 50 people had served as treasurer of the Commonwealth, and every one of them had been a man. In fact, before Sloan, Pennsylvania had only seen one woman hold any statewide elected office – Genevieve Blatt, who was elected to the since-eliminated position of Secretary of Internal Affairs in 1954 and reelected in 1958 and 1962.


But – in the same year that John F. Kennedy won the presidency – Sloan made her mark on history by defeating Charles M. Smith. She then proceeded to serve in statewide elected positions for 16 consecutive years.


Sloan, a Democrat, got her start in public service as a civic leader in Clarion. In 1956, she was her party’s nominee to represent the 23rd Congressional District – Clarion, Elk, Forest, Jefferson, McKean, Venango, and Warren counties – but she came up short. (As an interesting aside, in 1956, Pennsylvania had 30 congressional seats; due to population changes across the country, today we only have 18.)


After her first term as treasurer (1961 to 1965), Sloan was elected as auditor general, a position she held from 1965 to 1969. She was then elected as state treasurer twice more, holding the office from 1969 until 1977. She remains the only person elected to three four-year terms as Pennsylvania treasurer.


As a dedicated champion of equal opportunities for women in government and public service, Sloan was highly favored as a candidate, and a 1977 newspaper column described her as “a uniquely personal link to an otherwise cold and faceless government,” and noted that “in government and business, her tenures were free of scandal or wrongdoing.”


The same article describes Sloan as “formidable” and notes her “fiscal prudence,” qualities which are readily evident in her record of service.


After the state budget was enacted for the 1976-1977 fiscal year, Sloan refused to make payments sought by Governor Milton Shapp out of federal funds allocated to Pennsylvania. Sloan believed the state constitution’s requirement that “[n]o money shall be paid out of the treasury, except on appropriations made by law” (Article III, Section 24) applied to federal funds in the same way it applied to state funds.


Governor Shapp disagreed and sued Sloan, believing he could spend federal funds without oversight from the General Assembly.


But in the case of Shapp v. Sloan, decided in 1978, the Supreme Court of Pennsylvania sided with the treasurer, holding that the General Assembly had the exclusive power to appropriate funds from the treasury without regard to the source of the funds, and that the executive branch had no authority to appropriate money for any reason.


Sloan was also involved in a trio of cases (1976’s Firing v. Kephart, 1976’s Wilt v. Beal and 1977’s Reed v. Sloan) in the Commonwealth Court and the Supreme Court of Pennsylvania which created precedents that are still cited by attorneys in court today concerning the general authority of the Pennsylvania Treasury Department and broader principles as to how Commonwealth funds are handled.


Sloan’s legacy is one I hope to continue as the fifth woman to serve as Pennsylvania Treasurer. I will work diligently to fulfill my commitment to ensure that government is open, honest, and accountable, and I make the same pledge that Sloan made more than 60 years ago – to be “a State Treasurer worthy of your trust.”