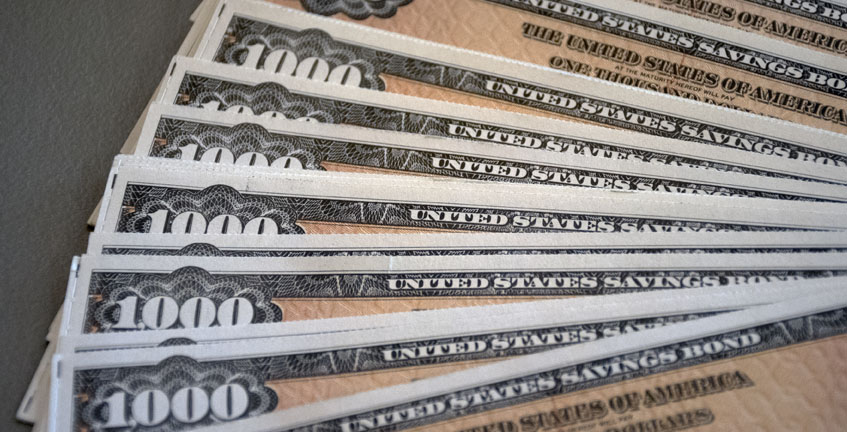 The Unclaimed Savings Bond Act would give states, including Pennsylvania, the ability to return bond proceeds through unclaimed property programs


Harrisburg, PA - Treasurer Stacy Garrity is urging lawmakers in Washington, D.C., to support the Unclaimed Savings Bond Act of 2021, legislation that would give states the ability to return more than $29.4 billion in U.S. Savings Bond proceeds to rightful owners nationwide.


The U.S. Treasury currently has an estimated $928 million to $1.4 billion in bond proceeds that are legally owed to Pennsylvanians. Enacting the Unclaimed Savings Bond Act would empower the Pennsylvania Treasury to return those proceeds through the state’s unclaimed property program.

“The U.S. Treasury is sitting on tens of billions of dollars in savings bonds that belong to everyday Americans – and they are doing absolutely nothing to get that money back in the hands of the people it belongs to. It’s inexcusable and it has to change. This money does not belong to the government – it belongs to the patriotic individuals who bought the bonds. It’s time for the federal government to let us find the rightful owners.”


Garrity wrote letters to both U.S. Senators representing Pennsylvania and to the members of state’s House delegation who serve on the House Ways and Means Committee, encouraging them to support the Unclaimed Savings Bond Act.


For more than a decade, Pennsylvania Treasury has advocated in federal court, and before the U.S. Treasury and Congress, for the proceeds of these matured, unclaimed and unredeemed savings bonds to be returned to their rightful owners and heirs.


The Pennsylvania Treasury has returned more than $1.5 billion in unclaimed property over the past 10 years.

“This legislation is an efficient and equitable way to get this money where it belongs while costing taxpayers virtually nothing. It will also ensure that the government upholds its promise to the hardworking people who chose to invest in America.”