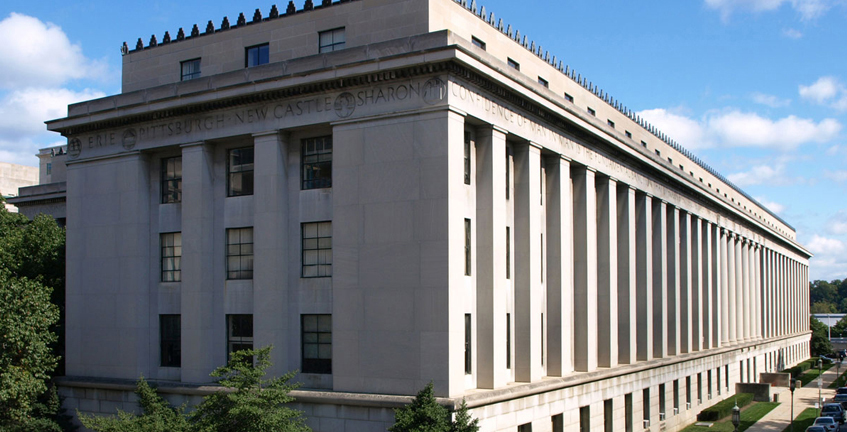 
Harrisburg, PA - Treasurer Stacy Garrity today announced her support for a lawsuit seeking to prevent Pennsylvania from being forced into the Regional Greenhouse Gas Initiative (RGGI).


The Pennsylvania Department of Environmental Protection’s Environmental Quality Board (EQB) published a regulation on April 23 that would implement RGGI and require Pennsylvania power plants to obtain “CO2 allowances” for their emissions. The allowances are auctioned on a quarterly basis.

“RGGI is a massive, illegal tax disguised as a regulation,” Garrity said. “If it’s allowed to be implemented, energy prices for every Pennsylvanian will skyrocket – and thousands of our good, family-sustaining jobs will be lost. The Wolf administration is trying to use the regulatory process to avoid seeking legislative approval for its scheme to impose limits on the operation of electric generators. But our state constitution is clear: The power of taxation belongs to the General Assembly, not to the unelected and unaccountable members of the EQB. I’m proud to stand with our energy companies and the unions who represent many thousands of hardworking Pennsylvanians.”


“The taxes imposed by these unlawful regulations will directly harm miners, electrical workers, welders and fabricators,” Garrity added. “Once lost, these jobs may never return. The Court should act quickly to prevent irreparable harm done to Pennsylvania’s electric generation industry and its thousands of workers.”


On April 25, a coalition of energy companies and unions filed suit against the regulation in the Commonwealth Court. According to a report by the Independent Fiscal Office last fall, Pennsylvania’s carbon dioxide emissions have fallen by 37% over the last decade without the regulatory burden of RGGI.