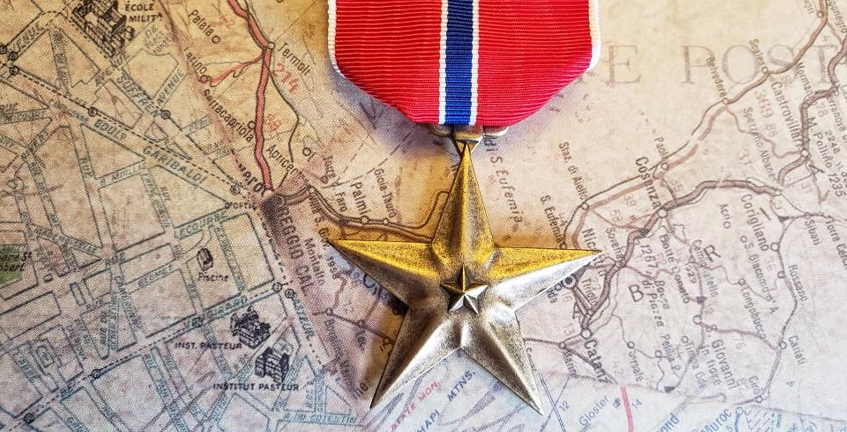 Lower Burrell, PA - During a ceremony at VFW Post 92, Treasurer Stacy Garrity today returned a Bronze Star to the family of the late Frank Musto, a U.S. Army veteran who served his country in World War II.

“It’s an incredible honor to return this Bronze Star to the Musto family,” Garrity said. “Frank Musto enlisted when he was just 19 years old and served our country during World War II. He was wounded during battle in France. As a fellow veteran, and on behalf of the entire Commonwealth, I extend my deepest appreciation and gratitude for Frank’s service and his and his family’s sacrifices for our country.”

“We’re all very proud of our father’s service in World War II, and it means the world to us that the Bronze Star is now back with his family. Our entire family would like to thank Treasurer Garrity and her team at the Treasury Department for taking care of these military decorations and for making sure they were reunited with us.”


In addition to the Bronze Star and related military decorations, an engraved bullet casing from Musto’s military funeral was returned to his family at the ceremony, including several of his children and grandchildren.


Like most tangible unclaimed property, these military decorations – along with a black and white photo of Frank Musto and several other items – were received by Treasury as the contents of a safe deposit box.


It was determined that the box owner was Frank’s late son Jody Musto, so Treasury staff researched by scouring newspaper articles and the internet to find prospective family members or heirs to the property. Treasury staff made cold calls and eventually connected with the family to start the return process. The Musto family had thought the contents of the box were lost for good after an unsuccessful attempt to obtain a list of its contents from the bank.


Treasury’s vault still holds hundreds of military decorations including Purple Hearts, Bronze Stars, Legion of Merit awards, campaign medals, military identification tags and more representing every branch of the military and nearly every major conflict. These items are never auctioned and are held in Treasury’s care in perpetuity or until a rightful owner is found.