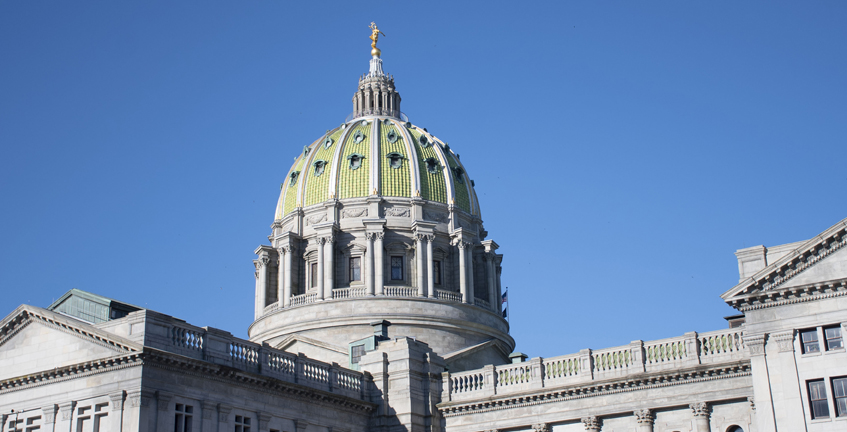 Harrisburg, PA - Treasurer Stacy Garrity today announced that payments made by the Pennsylvania Treasury Department will be even more secure thanks to legislation approved by the General Assembly and signed by Governor Wolf as part of the Fiscal Year 2022-23 state budget.


Act 54 of 2022 authorizes Treasury to require the implementation of new electronic payment security protocols known as AVS (“Account Validation Services” or “Account Verification Services”) which will be a significant step forward in detecting and preventing the fraudulent expenditure of public funds.

“This is a powerful new tool in the never-ending fight against identity thieves and other criminals,” Garrity said. “States have been targeted by fraudsters throughout the pandemic. The Pennsylvania Treasury Department works around the clock to ensure that taxpayer money is spent appropriately and doesn’t fall into the hands of criminals. I want to thank the General Assembly and the Governor for including this language in the Fiscal Code to improve payment security statewide.”

“In particular, I spoke to Senator Corman and Representative Saylor often over the past few weeks,” Garrity said. “I also reached out to Governor Wolf directly, and I thank him for his support of this important initiative. Criminals trying to steal money from hardworking taxpayers never stop – and neither will we. This is a great step forward to increase our already robust security measures.”

“Taxpayers deserve the peace of mind to know that every possible step is being taken to ensure the money they send to Harrisburg is protected against fraud and abuse,” Senator Corman said. “This new tool will provide a critical layer of protection to support our shared goal of safeguarding taxpayer dollars. I appreciate Treasurer Garrity’s leadership in advocating for this new system to prevent financial crimes against our Commonwealth.”

“Unfortunately, the number of criminals seeking to defraud taxpayers has been on the rise throughout the country,” Representative Saylor said. “As leaders, our job is to protect taxpayer dollars and ensure that they are used for appropriate purposes. Treasurer Garrity gets that, and I appreciate her leadership in bringing forward a solution that will further protect against those who seek to steal taxpayer money”


Treasury will develop a list of approved electronic payment security vendors which are qualified, experienced, and capable of providing such services. Within 18 months of the law taking effect, every agency, board or commission for which Treasury makes payments will choose one of the vendors to use for its payments. Treasury will update the list of approved vendors every two years.


In most cases, the payment request is immediately processed once the AVS review is complete. However, if an issue is identified – such as the payee having no connection to the bank account, or the unique data not matching – the AVS service responds with coded indicators to stop the payment or to confirm more information from the payee.   Upon further review, the agency originating the payment may determine the payment is likely fraudulent or simply requires a corrected bank account number. In either case, the Commonwealth has safeguarded funds from being released.


Four state agencies have already implemented, or will soon implement, AVS: the Department of Revenue, the Office of Administration, the Liquor Control Board, and the Pennsylvania Housing Finance Agency. It is also used by the U.S. Department of the Treasury for accounts payable.