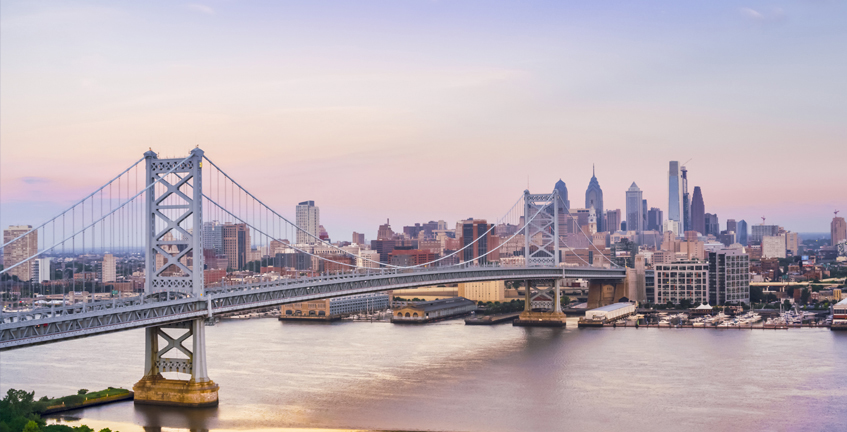 Harrisburg, PA - Treasurer Stacy Garrity today announced that she has appointed James Snell to serve as Treasury’s representative on the Delaware River Port Authority (DRPA) Board of Commissioners.

“Jim Snell is widely respected and understands the critical importance of the DRPA to the regional and state economy. First and foremost, Treasury’s representative on the DRPA board must serve as a fiduciary and work for the benefit of our Commonwealth – and I have absolute confidence that Jim will do that. His background, which includes his service on the Port of Philadelphia Advisory Committee and his long-standing relationships in both Pennsylvania and New Jersey, makes him uniquely qualified for this position. It’s great news for Pennsylvania taxpayers that Jim accepted this appointment.”

“I am humbled by this opportunity to serve Greater Philadelphia—and residents and travelers on both sides of the river. This infrastructure connects and serves our communities. I recognize how important this post is to keep our entire region growing and moving forward, and I take seriously my commitment to work collaboratively and with the public trust in mind to ensure the safe and efficient operation of our world-class transportation assets.”

“I’ve known Jim Snell for many years as a friend and as a leader in both Pennsylvania and New Jersey. His experience with major construction projects and his understanding of the importance of DRPA to the regional economy will serve us well as he represents Treasurer Garrity on the DRPA Board. I’m excited to have someone with his vast skill set joining us to keep DRPA moving forward.”


Snell takes over the seat of outgoing commissioner Ted Christian, who served on the DRPA Board of Commissioners since 2021.